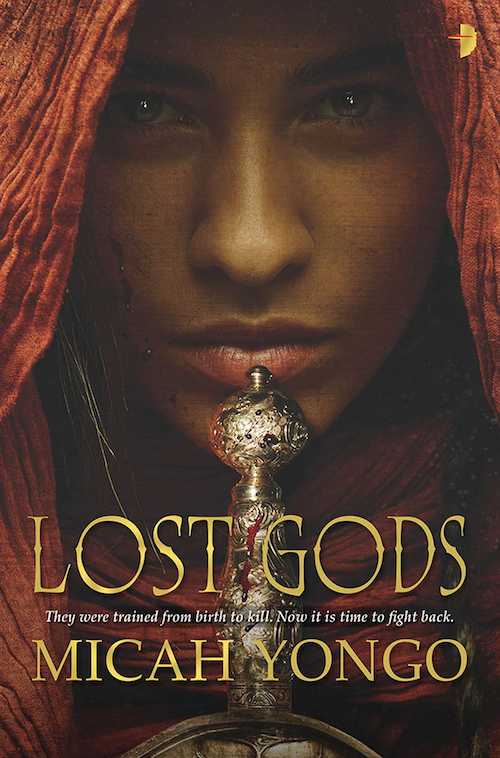 This review is based on an ARC given to me for free by the publisher, Angry Robot Books. This does not in any way affect my review.

Lately, something very wonderful has been happening in genre fiction: the rise of authors from marginalised backgrounds. Whether they are women, people of colour, members of the LGBTQIA community, or all of those at once (and so many are), it is becoming easier to find such authors on both bookstore shelves and awards lists. To be sure, both those things are still heavily dominated by white cis male heterosexual authors, but increasingly the genre fiction community (especially the science fiction, fantasy, and romance communities) are doing what they can and diversifying their respective fields as much as possible (in spite of pushback in the opposite direction from insufficiently housebroken Puppies of various persuasions). As a brown Southeast Asian woman who is both an avid reader and an aspiring writer, this can only be a good thing.

Still, it does take some work to actually find such authors, given the sheer volume of books that are released every year, but fortunately my friends are quite good at filtering stuff they think I might like, and of course there is the Internet. In fact, it was the latter that led me to Lost Gods by Micah Yongo.

Lost Gods follows Neythan, a young man who has just concluded his training as one of the deadly Shedaím: a group of legendary assassins who are spoken of only in whispers and warning tales to children. Together with his fellow newly-minted assassins he is given his first contract and sent out into the world to fulfil it. Almost immediately, though, things go horribly awry: he is framed for murder and is now wanted by the Shedaím for killing one of their own. As he flees from his pursuers and hunts down the person he thinks is the real killer, he slowly learns that the world is not quite as it should be. There is a darker truth to why he is being framed for murder, and why he is being pursued: a truth that could bring down not just the Shedaím, but the entire Sovereignty Neythan is supposed to serve.

One of the reasons I chose to pick up this novel was the choice of setting. Any novel set in a world that is not another attempt to mimic Western Europe is always going to be a book that interests me, and Lost Gods is definitely one of those novels. The blurb states it outright: the setting does indeed draw its inspiration primarily from Middle Eastern and African settings. Keen readers will probably recognise elements from cities such as Fez, Timbuktu, Granada, and Damascus – which make a wonderful change from repeated variations of yet another English castle town or French fortress.

But despite that rich backdrop, I did not get any real sense of immersion in the world itself, except for a few moments here and there. The novel does not seem to linger over details – which is unfortunate, since there is so much potential depth to this world that lingering on details would actually enhance the story, not detract from it. It appears the author is trying to do the “sink or swim” approach to world-building – meaning, building the world through the eyes of the characters and through the course of the plot – but that tactic doesn’t appear to be working as well as it should, for a handful of reasons.

One of those reasons is the relative lack of development for the characters. Though Neythan is the protagonist, he does not appear to develop or grow as a character at any point in the story. It is clear that he has a great deal of potential to be interesting, given what the reader is told of his backstory and his experiences throughout the novel, but he does not really shine until the novel’s latter fourth – which is a pity, since the reader spends most of his or her time following Neythan around, and it can be a bit wearisome reading about him when he doesn’t spark much interest or sympathy in the reader.

As for the other characters, I find them more interesting than Neythan, but since they are not the novel’s protagonists they tend to remain on the periphery – which is disappointing because it is clear that they have the potential to be so much more intriguing if they are given the chance to shine. I am especially interested in Yasmin and Arianna, who seem to have interesting backstories (in the case of Arianna) or have interesting plot lines associated with them (in the case of Yasmin) that I wished the story had lingered more on them than on Neythan.

I am also disappointed with the way a certain character was fridged for the sake of developing Neythan’s plot. This is not to say that character death is an invalid technique for furthering a plot or a character’s development; it’s just that it was done to this particular character before said character even had the chance to fully grow. This would be disappointing had it happened to any other character, but it is especially so in this case, given how characters like the one I have just mentioned are severely underrepresented in many forms of storytelling.

Another reason I found immersion into, and therefore enjoyment of, this novel difficult to achieve was the inconsistency of the plot. There are multiple plot lines going on throughout the novel, but they tended to jump around quite a bit in a way that did not make much sense; the novel’s first third, in particular, feels especially disorganised. It does become less unruly after a while, fortunately, at which point it becomes easier to keep track of what is going on where and with whom, but there are still moments when the reader may feel a sense of whiplash as the plot moves from one event to another in a way that does not make much sense. For example: the novel’s overall plot has to do with Neythan being framed for murder and then trying to figure out why that was the case, and there is a subplot involving court intrigue, but there is a brief moment right in the middle of the novel that is basically a heist plot, and while it was fun while it lasted, it really does not have much impact on the novel’s overall plot. I suppose it’s setup for something that happens in the sequel (since this is the first book in a series), but I think there could have been better ways of integrating that heist and its associated characters in a way that does not disrupt the overall story.

Despite all of the above, though, this novel does have immense potential. It takes some patience to get through the rather rough first third, but once the reader is past that hump the story gets its legs and takes off running – albeit in a rather wobbly manner, since it does have its flaws. But again, despite those flaws, there is something compelling about this novel that shows that it can definitely get better if the author works at it.

But if the reader is looking for an upside to look forward to, then it definitely has to be the fight scenes. There are quite a few of them, and they are all equally well-written: told with enough drama and detail (but not too much) to make them seem cinematic. Reading them was definitely a pleasure, since I enjoy a good, well-told fight scene, and it is clear that the author certainly knows how to write a fight scene without making it read like a mess.

Overall, Lost Gods is a very promising start, but it is also very clearly that: a start, both in terms of the overall story and in terms of the author’s skill. This novel is very clearly a diamond in the rough in that it is clear that there is immense potential here, but it requires a bit more time and polishing to truly shine. Hopefully that is the case, since I’m looking forward to the next novel in the series, and seeing how it all goes down (or up, as the case may be) from here.