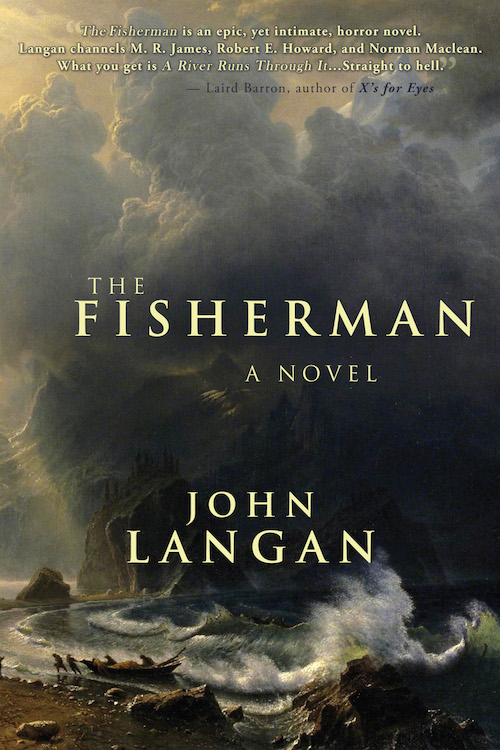 Trigger warnings for this novel can be found at the very end of this review.

Grief is a complicated and utterly crippling emotion. It is like a natural disaster on the scale of a tsunami or super-typhoon: all-consuming and devastating in the instance it happens, and leaving the soul’s landscape completely altered in its wake. Time does not heal grief, not really; a person merely learns to cope with its ebbs and flows, learns to live with the way its tides rise and fall. Most of the time, it is easy to keep afloat, to ride the waves and move from day-to-day with a semblance of normalcy. Other times, however, something or someone will cause a riptide to come from out of nowhere, pulling a person down into the dark depths he or she thought he or she had left behind, forcing them to begin the struggle anew. Most of the time, a person succeeds in resurfacing from their grief; but sometimes, some people give up, and succumb to the depths, never to come back up again.

Grief, and what it makes of the people caught up in and then spat out of its wake, is the central theme of John Langan’s The Fisherman. It tells the story of a man who prefers to be called Abe, and how, in the wake of his wife’s death, he finds solace in fishing, and later on friendship, in the form of a fellow widower named Dan. One day, they decide to follow up on some old tales about a place called Dutchman’s Creek, where, so the tales have it, something miraculous lurks in the waters. Curious (and maybe more than a little hungry for miracles), Abe and Dan make their way to Dutchman’s Creek – but soon learn that perhaps the miracle they seek is no miracle at all, but something else, something darker. For Dutchman’s Creek has been hiding a secret: a secret linked to a dark tale that haunts the Ashokan Reservoir about a mysterious entity called Der Fischer.

One of the first things the reader will likely appreciate about this novel is the narrator’s voice. Take a look at the following excerpt, which is the first paragraph in the novel:

Don’t call me Abraham: call me Abe. Though it’s what my ma named me, I’ve never liked Abraham. It’s a name that sounds so full of itself, so Biblical, so…I believe patriarchal is the word I’m after. One thing I am not, nor do I want to be, is a patriarch. There was a time when I’d like at least one child, but these days, the sight of them makes me skin crawl.

There is something familiar, comforting even about Abe’s narrative voice; readers may hear echoes of a favourite elderly relative telling a rambling story about his or her life. It is this narrative voice that draws the reader in, that holds his or her attention even when Abe goes off on a tangent about a particular subject. Crucial, too, is how the author is able to keep a tight hold on the narrative reins, so that even if Abe goes off on a topical ramble at various points throughout the story, he still manages to keep the story moving forward, with only a minimal loss of momentum. It is the sort of narrative that works wonderfully for oral storytelling, which means it likely translates very well to audiobook. However, the style may also be a deal breaker for some readers who are looking for a more straightforward narrative. I personally don’t mind it at all, and indeed enjoy the narrative style the author has adopted for this novel, but I can easily see how some readers might not like it very much at all.

Aside from the tone of the excerpt, equally interesting is the first line itself. If it reminds the reader of “Call me Ishmael” from Herman Melville’s Moby-Dick, then he or she would do well to keep that in mind, because the reference is deliberate. The Fisherman contains many nods and throwbacks to Meville’s novel, which makes sense given that both novels share certain tropes and themes – fishing being the most obvious, of course. But they also share a connection via The Fisherman’s primary themes: obsession, and grief.

Moby-Dick is a classic, and has been analysed and studied from all potential angles by scholars and students alike. The themes of the novel have already been clearly identified, and obsession is perhaps the most obvious one, especially if the reader has decided that it is Ahab, not Ishmael, who is the novel’s protagonist. Ahab’s drive to kill the White Whale at the cost of everything and everyone else is a familiar concept even to those who have not read Melville’s novel. But that obsession has a root in grief: grief over the losses and misfortune he has had over the course of his life.

But grief is a crucible, and it alters the people who undergo it. Some come out melted and destroyed; others are tempered and soldier on with their lives. A few, however, come out hard and brittle, their grief crystallised around something so unyielding they will no longer bend for anything or anyone. In Moby-Dick, the crucible of grief turned Ahab into a monomaniac determined to kill the White Whale. In The Fisherman, something similar happens to one of the characters:

… To this day, I’m not sure exactly what triggered it, but his grief, kept at bay so long, found a way to tunnel under [his] defenses, and, while he was otherwise distracted, seized the moment and fell on him, burying its dirty teeth deep in his gut and refusing to let go. … His stare, that look that I had felt wanted to pierce through you, worsened to the point that it was next to impossible to hold any kind of conversation with him. He didn’t appear to be listening to anything you were saying, just boring into you with those eyes that had been turned all the way up, blowtorch bright. …

… His grief had taken him far into a country whose borders are all most folks ever see, and from where he was, caught up in that dark land’s customs and concerns, what I was worrying over sounded so foreign I might as well have been speaking another language.

It is this character’s grief, and the obsession that springs from that grief, that leads to the other, more horrific events that happen in this novel: events that position this novel squarely in the “horror” genre, regardless of what sort of impression the first third of the story might give.

Most people do not think of Moby-Dick as a horror novel; its status as one of the great classics of American literature likely insulates it from any connections to genre fiction. But it is possible to view it as a horror novel, if the reader chooses to do so. Consider, for the example, the steadily-increasing tension as Ahab’s monomania is gradually revealed, and where that monomania takes not just Ahab, but also the crew of the Pequod. There is the spectre of the White Whale lurking underneath the waves, spoken of only in whispers, but never seen until too late – much like the monstrosities that lurk in the shadows of the best horror stories. And then there is the sea: mysterious, implacable, its dark depths hiding more secrets and more monsters than just the White Whale. All of those elements, taken together or separately, would make an excellent foundation for a horror story – especially a Lovecraftian one.

That is definitely the direction the author has taken with The Fisherman. The novel nods to Lovecraft’s oeuvre without adopting anything from it wholesale; it seems to share most similarities with the short story “Dagon”, with a smattering of nods to “The Shadow Over Innsmouth” and “The Call of Cthulhu”. The influence is strongest in the novel’s middle third, where a gentleman named Howard (a nod to Lovecraft himself) tells Dan and Abe the true story of Dutchman’s Creek and Der Fischer. This story, nested within the greater overall structure of the novel, indicates the point where the novel goes from a meditation on the nature of living with grief to a full-blown Lovecraftian horror novel – without Lovecraft’s notoriously over-elaborate prose, fortunately enough, since Abe’s voice still dominates the narrative even when he is retelling Howard’s story for the reader. I will not give further details to avoid spoilers, but suffice to say that fans of Lovecraftian horror will very definitely be pleased with the twists and turns that the plot takes on its way to the incredibly creepy ending.

Overall, The Fisherman is a delightfully creepy tale, even if it doesn’t seem that way at first. Abe’s narrative voice is a joy to read, snaring the reader in a seemingly harmless, rambling tale before plunging him or her into the best sort of Lovecraftian horror story woven around themes of love, grief, obsession, and how each fuels the other. The narrative style might be off-putting for some readers, while others might not like the plot’s nesting-doll, story-within-a-story structure, but aside form those issues (which are likely non-issues for a great many readers), this is an excellent story, and has encouraged me to pick up more of the author’s work. 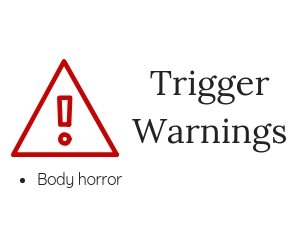 My #review of Paladin's Grace by T. Kingfisher. . Rating: ⭐⭐⭐⭐⭐ of 5 ⭐s . . Full review here: https://wp.me/p21txV-Hy . . I know these are very trying times, and this book is probably some of you out there need right now. It's got the right balance between serious and lighthearted: the themes being the former, and the writing being the latter. Definitely give it a try; it might not lift the quarantine itself, but it might go some way towards lifting the ennui and other sad feelings that've settled on all of us since the quarantine started. . #books #reviews #romance #fantasy #booklover #booknerd #bookish #bookaddict #reader #igreads #igbooks #bookworms #instaread #instabook #bibliophile #booksofinstagram #bookstagrammer #booksph #reading #bookstagram #bookstagramit #bookblog #bookblogger #booktography #goodreads