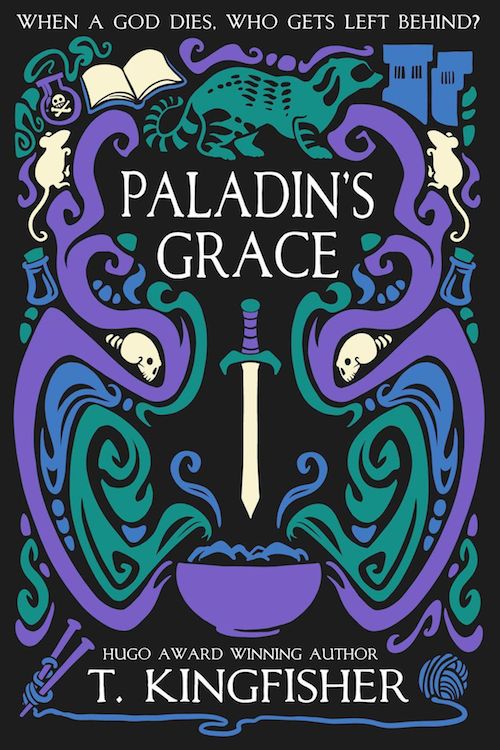 Last year at around this time, I got back into playing Dungeons and Dragons thanks to one of my close friends. I’d tried to play it before, but it was only this go-round that the bug really bit. Since that reintroduction, I now have what I like to call my “Break in Case of Permadeath” Vault: a small collection of character sheets that I’ve made up in my spare time, any one of which I can pull out on relatively short notice to roll into a game in case my starting character dies (learned that lesson from watching Season 2 of Critical Role), or if I’m invited to play a campaign on equally short notice. My ultimate goal is to have a character for every character class, and maybe for every subclass too, if I can manage.

Among the many, many potential classes a player can choose for their character is the Paladin. The term itself comes from the Matter of France, which is the most notable of the medieval chansons de geste, or heroic epic poetry. They are, in essence, the French equivalent of the Arthurian legends, with Charlemagne in the place of King Arthur, and in place of the Knights of the Round Table, there are the Twelve Peers, or the Twelve Paladins (from the Latin palātīnus, a title used by the closest retainers of the Roman emperor). The legends told about these knights have overlapped and commingled with the tales told of the Arthurian knights, and down the line, those stories have inspired fantasy authors. Their stories have, in turn, inspired the D&D version of the Paladin: a warrior who can cast magic thanks to the incredible strength of their faith.

END_OF_DOCUMENT_TOKEN_TO_BE_REPLACED 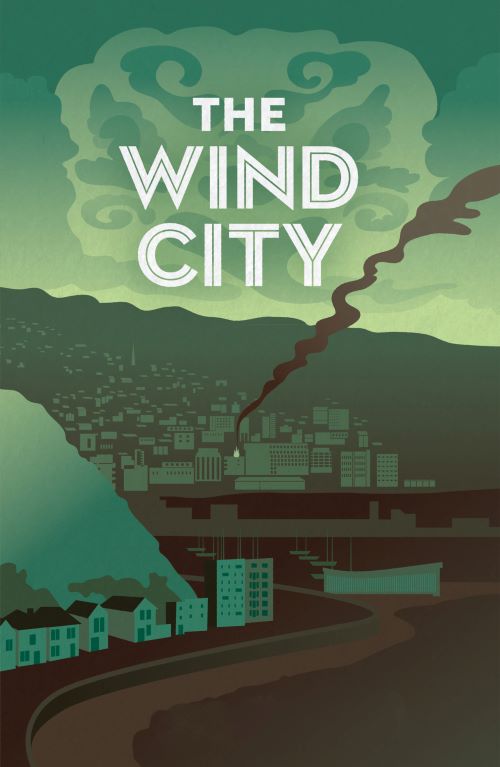 Urban fantasy is one of my favourite genres. I’ve loved reading about mythology and folklore since my mother introduced me to Greek mythology while I was lying in a hospital bed, sick with dengue; since then I’ve consumed as many stories as I possibly can about the mythology and folklore of different cultures from all around the world – and I’ve done most of that learning through urban fantasy. It would be better if I could pick up the more academic treatises, but they’re difficult to find, and some are a pain to read.

Up until recently, though, urban fantasy writers didn’t play with a lot of mythologies besides Greco-Roman and Celtic. That’s changing now, thankfully, as more and more writers from much more diverse backgrounds and from different media get into the genre and incorporate myth and folklore from their own cultures, from Nigerian (Nnedi Okorafor’s Akata Witch series), to Navajo (Rebecca Roanhorse’s The Sixth World series), to Filipino (Trese series by Budjette Tan and KaJo Baldisimo). Sure, finding the “original” stories often requires Googling (and even then what’s found on the Internet is so often incomplete, and must be taken with a grain of salt), but the extra work is worth it because of the way it opens up entire horizons of narrative to read about, creating a world that’s more than just Athena and the Morrigan.

END_OF_DOCUMENT_TOKEN_TO_BE_REPLACED 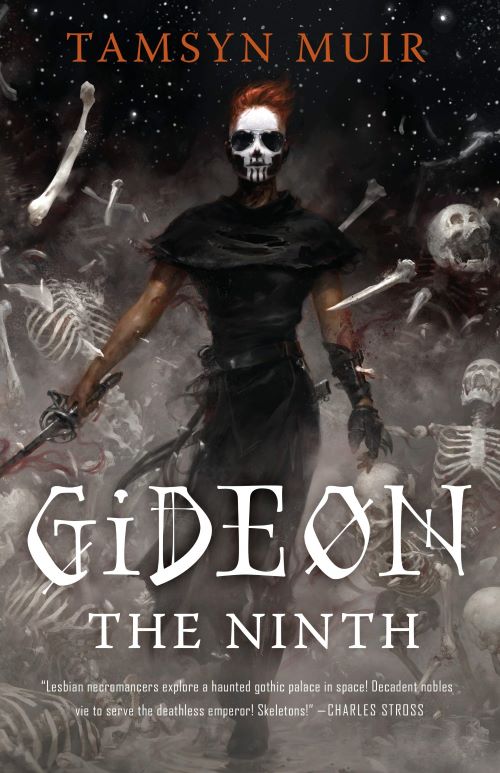 When one runs out of words to describe something that one really likes, that’s a good thing. Or at least, that ought to be the case – unless one also happens to be a book blogger who likes writing substantial (or so one likes to believe) book reviews.

But Tamsyn Muir’s Gideon the Ninth has, quite literally, beggared me of words. I have stared at this blank page over the course of several weeks, trying to find good ways to describe the many things I feel for and about it in a way that lives up to the way I usually write these reviews, but unfortunately, I cannot. Since I’ve already mentioned in this post that my writing style may change, I suppose now is as good a time as any to try just that.

END_OF_DOCUMENT_TOKEN_TO_BE_REPLACED 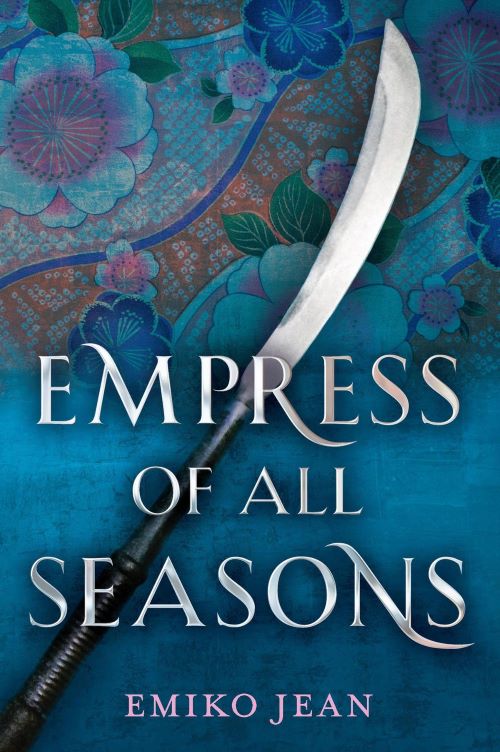 I think everyone loves a good story, even if our own, individual definitions of what makes any story “good” tends to vary from person to person. For some, a good story means the same thing as a fairytale: “And they lived happily ever after”. For others, it might be enough that “everybody lives, nobody dies”. Others may be of the opinion that collateral damage is acceptable, so long as only the character or characters one dislikes the most are the ones who die. And there are those whose idea of a good story is one where the world blows up in spectacular fashion, leaving no one except the reader to witness the end of all things.

Of course, stories don’t always fall precisely into one category or the other. In most cases, stories tend to fall somewhere in between along a sliding scale of sorts, leaning more towards one end of the scale than the other. A story can tick most of the boxes of what ought to make a good story, but then be completely let down by its ending. In other cases, a story might be lacking in one or two aspects, but can have other aspects be such amazing standouts that it’s easy to forgive its weaknesses. .

END_OF_DOCUMENT_TOKEN_TO_BE_REPLACED 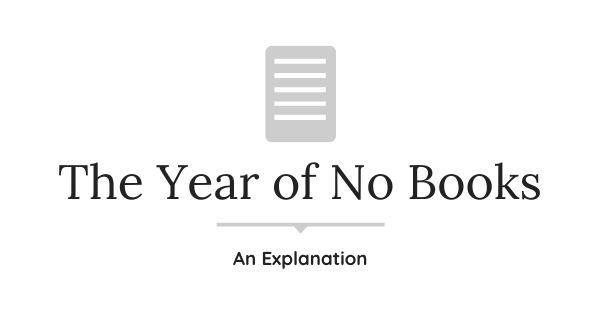 It’s been a year since I’ve posted anything on this blog. I realised this when I decided to log back into my account and see what had become of it. Nothing has changed since the last time I updated, save for the shift in metrics and the Goodreads widget going empty because I haven’t updated it. Apart from those things, though, the blog has been frozen in place.

When I started posting book reviews in 2012, I did so fully intending to keep reading and writing book reviews for as long as I could possibly manage. To be sure, there might be times when I wouldn’t get more than a few reviews out in a year, but I didn’t ever imagine that I could go an entire year without writing a single review. This was especially true in 2018, when I had just started to seriously get in touch with publishers and has set up my NetGalley account with the full intention to take the reviewing up a notch and tackle ARCs.

But 2018 seems like an entirely different world to me now, a distinct and separate reality. 2019 happened, and it’s the year that changed…well, maybe not everything, but certainly a great many things.

Note: trigger warnings for mentions of anxiety and an attempt at suicide.

END_OF_DOCUMENT_TOKEN_TO_BE_REPLACED

My #review of Paladin's Grace by T. Kingfisher. . Rating: ⭐⭐⭐⭐⭐ of 5 ⭐s . . Full review here: https://wp.me/p21txV-Hy . . I know these are very trying times, and this book is probably some of you out there need right now. It's got the right balance between serious and lighthearted: the themes being the former, and the writing being the latter. Definitely give it a try; it might not lift the quarantine itself, but it might go some way towards lifting the ennui and other sad feelings that've settled on all of us since the quarantine started. . #books #reviews #romance #fantasy #booklover #booknerd #bookish #bookaddict #reader #igreads #igbooks #bookworms #instaread #instabook #bibliophile #booksofinstagram #bookstagrammer #booksph #reading #bookstagram #bookstagramit #bookblog #bookblogger #booktography #goodreads